In Eastern MD: 5th, 29th, 35th, 35th combined arms armies (CAA) + 11th Air and Air Defense Army from EMD. In Central MD: 2nd and 41st CAAs + 14th Air and Air Defense Army. VDV and VKS are beginning to shift forces to their designated training ranges. In terms of logistics, they activated military and civilian elements of the transport network, including regional infrastructure belonging to the Ministry of Transport, other federal transportation agencies, trains, rail cars, rail beds, etc. 1,500 rail platforms, 50 transport air craft, and 60 or so various military units. The numbers sound incredibly round such that they’re probably ‘stylized’ but it paints a picture.

This year there’s an emphasis on logistics, organizing forces and moving them large distances across Russia, which is sort of the major challenge in the Eastern/Central MD. Lots of distance, not a lot of infrastructure. Exercise announcements highlight efforts at jointness, having ground, naval and aerospace forces work together, along with combined arms maneuver. The picture I offer here is somewhat incomplete, as there are a few exercises taking place elsewhere, but here we will focus on what is being billed as part of Vostok 2018.

Already there is interesting news of VDV experimenting with a new formation and air assault maneuver, whereas the Navy is practicing combined naval infantry and motor-rifle amphibious assault. A lot of information early on about setting integrated air defenses, high bandwidth comms networks, and various engineering preparations such as false targets.

Airborne VDV – Not only are strategic maneuvers a deviation from the typical strategic command staff exercise, but there will also be some interesting force structure and combat maneuver experiments taking place. They plan to test an experimental VDV air assault formation during the exercise at Tsygol range, equipped with latest C2, and specialized equipment, to be used in some sort of air mobile assault variant. According to Col General A. Serduykov (head of VDV) this test will determine future tactics and overall development of VDV forces. Who is coming so far? One large battalion tactical group formation, composed of units from Ulan-Ude (11th), Ulyanovsk (31st), and Ussuriysk (83rd), and 38th independent VDV communications regiment. This is an interesting formation, if as reported, it consists of elements of three independent air-assault brigades. 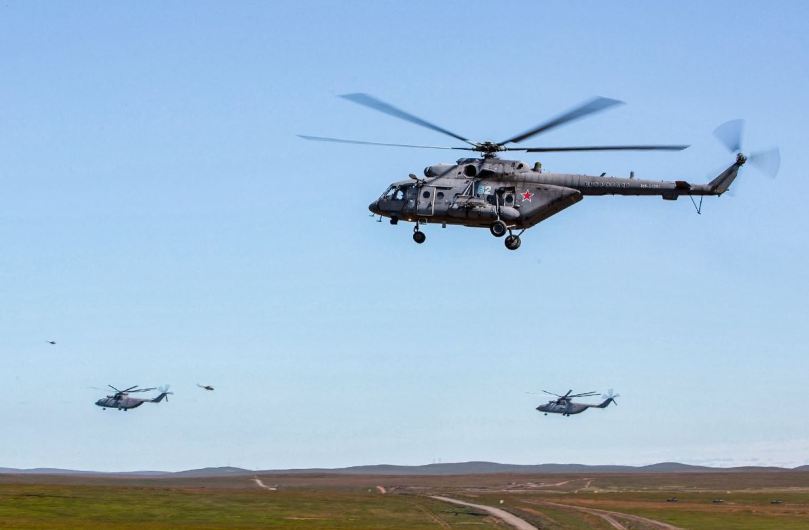 Central MD – 2000 Motor riflemen are completing a march to Zabaikal with 500 pieces of equipment, including T-72B3, BMP-2, BM-21 Grad. They will be drilling at Tsygol, the range being used jointly with PLA units. A communications brigade from 2nd CAA Samara is also joining them, including 1000 troops and 300 pieces of equipment. More than 60 fixed wing and rotary wing aircraft are moving to Eastern MD as well, including Mi-26, Mi-24, and Mi-8AMTSH-V + about 30 fixed wing tactical aviation.

Combat service support (MTO) in Eastern MD – Lot’s of exciting statistics, 80 ammo and fuel dumps setup, 100 supply points, more than 2000 mechanics and specialists supporting training at Tsygol, etc. All in all, they claim that 36,000 MTO troops are involved in this exercise (seems inflated but then again what isn’t when it comes to Vostok).

Pacific Fleet – The Naval Infantry brigade based on Primorskiy Kray have moved to loading points, embarking onto three LSTs. They’re bringing BTR-82A, BMP-2, 2s1, and BM-21s. Their objective is to form an amphibious assault detachment, and of course seize Gotland Island from Primorskiy Kray (just kidding). Their real objective is to practice different types of amphibious landings, supported by smaller surface combatants from the Pacific Fleet.

The Pacific Fleet has also launched a surface action group and what they’re calling a search strike group (might be a naval variant of recon strike). The fleet is fielding different types of strike groupings and anti-submarine groupings of ships. Initial goal is to practice air defense, command and control, and survival skills in the water. However, they expect to be taking out enemy surface action groups and submarines soon.

Northern Fleet – Elements of NF have already made it to Chukotka, which means they’re going to be fighting the Pacific Fleet fairly soon. They’ve been traveling since August 8, taking breaks for different drills along the way. It seems they have three LSTs with naval infantry and units from the arctic motor-rifle brigade onboard. Apparently they conducted an amphibious assault on Chukotka, supported by fire from Kulakov (Udaloy-class), whereby the naval infantry first seized the beachead and the main body of forces then arrived via LST. Not much mention of other ships, hope they brought more than Kulakov along, but Eastern Med is probably sucking in a lot of available naval power. Marshall Ustinov (Slava-class) is heading the E. Med squadron instead of participating in these exercises. 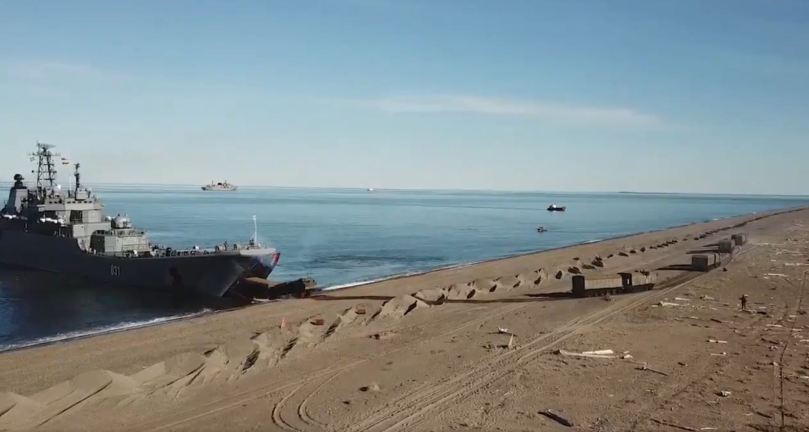 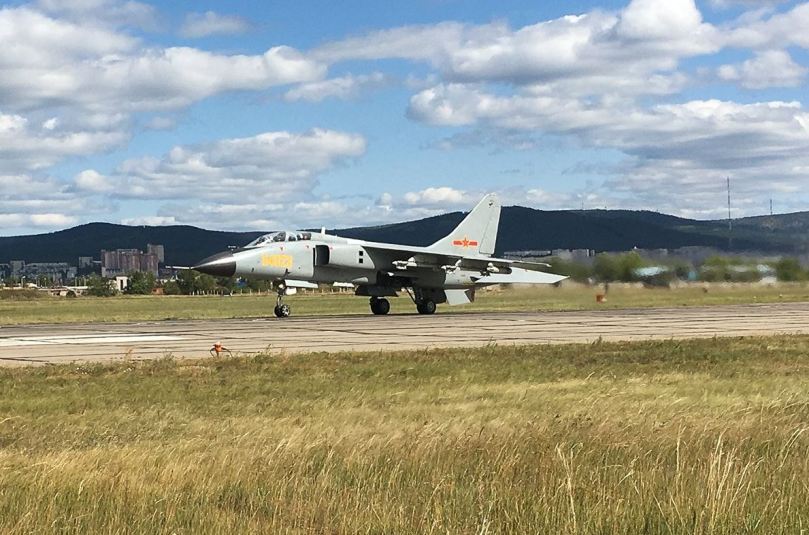 Fun photos for our caption contest: 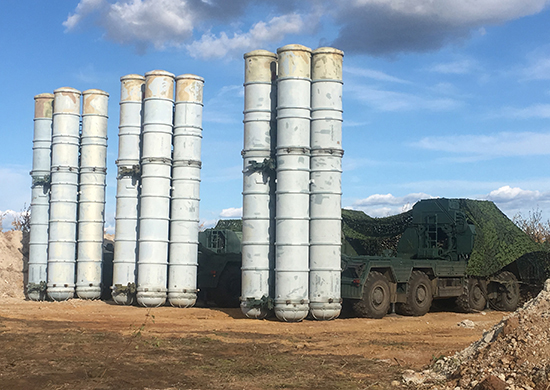