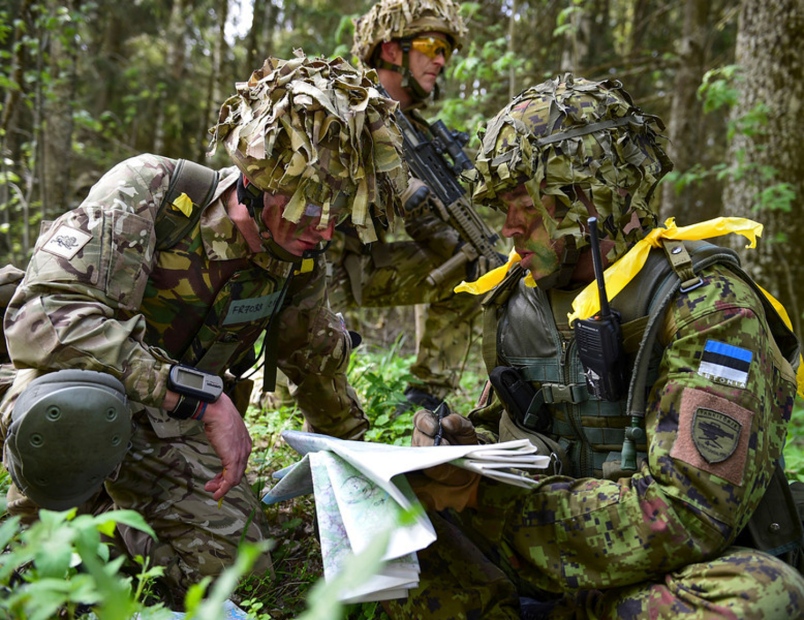 If you read the article below, it would seem at first 4,000 troops are being added to those stationed in the Eastern Member Flank States (Poland + Balts)  http://www.wsj.com/articles/nato-allies-preparing-to-put-four-battalions-at-eastern-border-with-russia-1461943315

How the news got 4000 from 4 battalions is a puzzle, since battalions are typically not 1000 strong or uniform in size from different countries/service/unit types.  They can range from 600-1000+ depending on the country and type of unit.  In reality it looks like NATO will not be sending 4 separate battalions, but likely forming multi-national battalions, perhaps together with local forces or a mix of European ones.  This would mean a military contingent with political significance, but substantially reduced military value.

With two European (German and French) battalions and two American battalions spread out between Poland and the Baltic states, the likely proposal is really for two solid American battalions to deploy to the Baltic states, perhaps as part of the newly added Armored Combat Brigade Team.  These will not be additional, but part of this third brigade already promised to deploy to Europe.  Meanwhile Germany and France are liable to send company sized elements, mixing in their units with those of others.

Supposedly the defense ministers have approved the proposal in concept, but the details will not be presented and voted on until the NATO summit in Warsaw later this year.  Hence the actual additional force set to deploy to Eastern Europe remains a question mark.  Meanwhile mixing-in and chunking up the forces with Poland makes this of little to no military significance from a Russian perspective.  Indeed it may be difficult for NATO allies themselves to discern what they’re actually getting.  The underlying intent may be to increase the presence of other NATO countries in the Baltic states, particularly those belonging to nuclear powers, but it is not clear how this is tied to any theory of deterrence vis-a-vis Russia.In discussions with Russian experts, it seems Moscow only cares about US forces in theater, finding little to no relevance in the forward deployment of German or French forces.

However, Moscow is concerned about American deployment creep, and the steady drumbeat in D.C. for more boots on the ground to bolster conventional deterrence.  With the $3.4 billion European Reassurance Initiative, the U.S. is now funding three combat brigade teams in Europe, a number which may see an increase.  Where U.S. forces are deployed geographically can have  an impact on Russian vulnerability considerations in Kaliningrad, or in the case of much larger recommendations such as RAND’s proposal for 7 brigades, St. Petersburg as well.