Phase Two of Zapad is upon us, i.e. the main stage of the exercise. Most of the designated forces have arrived at their ranges, dug in and started exercises. At sea simulated electronic fires took place, but will turn into actual launches in the coming days. Putin is coming on Monday to the live fire exercises in Leningrad Oblast (Luzhsky range outside Luga) so everyone has to look really good at whatever they’re doing tomorrow. Odds are the big show really kicks off when he gets there.

Borisovsky Training Range (right outside Borisov in Belarus): Latest T-72B3s from 1st Guards Tank Army continued practice at the range, this is likely 6th Separate Tank Brigade and maybe elements of the 4th Kantemirovskaya Division. They wiped out remaining diversionary groups and of course crushed the enemy’s main forces. Other ranges, including Luzhsky, Pravdinsky, and Strugi Krasniye had similar tasks.

If you want to see what real maskirovka looks like when done by professionals, you have to check out the situation around Borisovsky. It’s quite impressive.

Forests around the range full of polite looking people

Waiting for NATO (sorry Veishnoria or whatever) 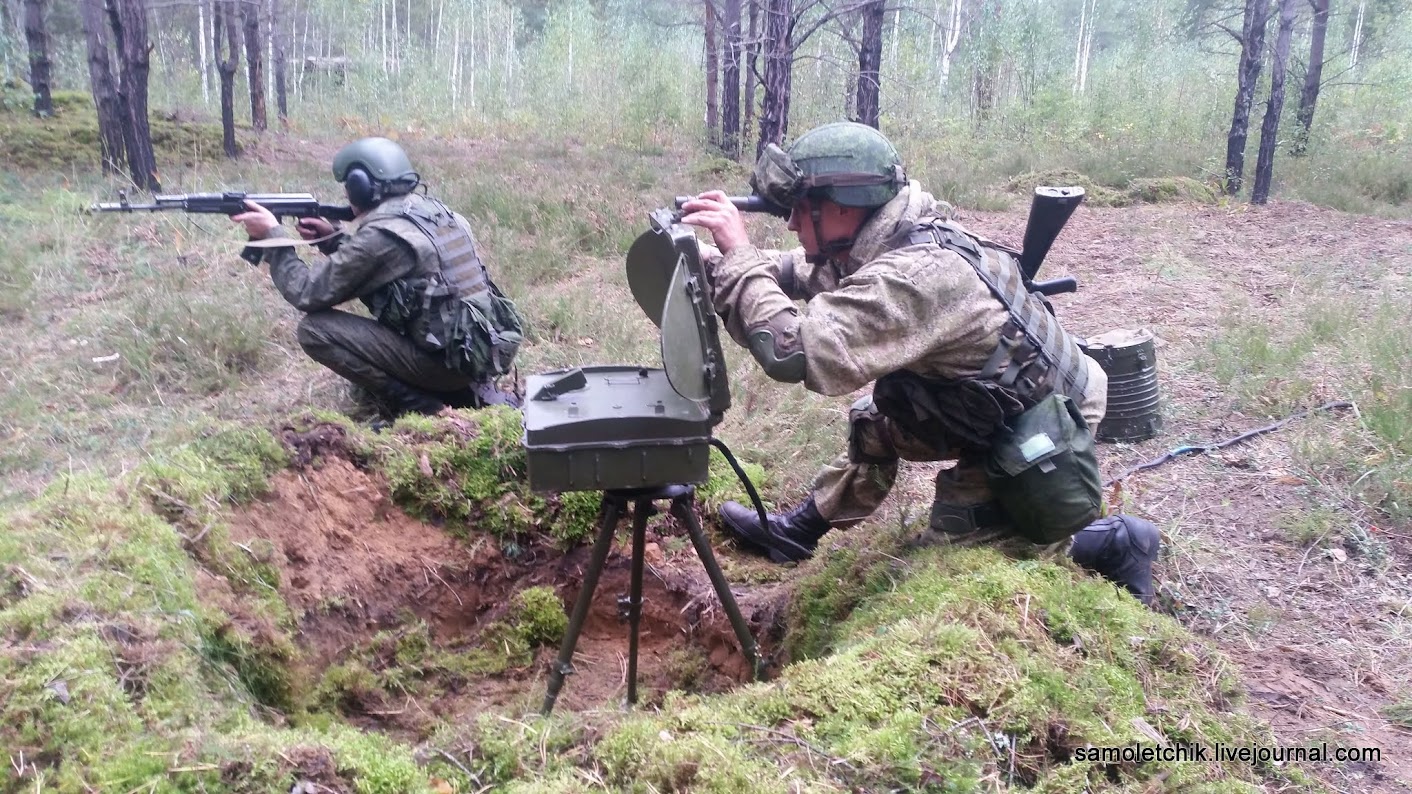 Osipovichskiy Training Range (outside Asipovichy in Belarus): Russian detachments began taking up defensive positions, while sapper units practiced demining. Seems things are just getting started at this range, but probably will host live fire exercises from airborne and ground units in the coming days.

(hope this photo is right, it’s what the MoD posted but that’s no guarantee of accuracy)

Luzhsky Training Range (at Luga): MSTA-S artillery and mortar units spent the day in live fire exercises at Luga. These appear to be from the artillery regiment assigned to the Tamanskaya Division (1st Guards Tank Army). Other equipment included MSTA-B and BM-21 Grad.

Judging from the photos the weather was uncooperative.

Motor rifle units are practicing here as well, apparently they engaged and wiped out enemy airborne units after drawing them into a kill zone. In this scenario the NATO airborne units were mounted on high mobility but lightly armored equipment, meanwhile Russian forces consisted of a tank battalion and self-propelled artillery in support. It sounds like Operation Market Garden all over again and Russian forces got to play the role of the Panzer division.

Combat aviation took out over 20 enemy vehicles, helicopters training include Ka-52 and Mi-28N. Their job was recon and close air support. Same as Su-25s, training only listed unguided weapons – possibly saving money given there are three more days. Su-24s did some bombing runs at a range in Kaliningrad to wipe out enemy command points and other fixed targets.

Some new command and control equipment is being tested out this time at Zapad, including a high bandwidth system (1MB-20GB). There was news early on a few days ago of logistics units setting up this communications system.

VDV Airborne – VDV were busy setting field command posts and communications equipment for encrypted comms. Their range seems to be Strugi Krasniye near Pskov where the 76th is based.

Northern Fleet – A surface action group led by Peter the Great (Kirov-class guided missile cruiser) launched anti-ship missiles at an amphibious landing group in the Barents Sea (the actual enemy stand ins were tugs SB-523 and Nikolay Chiker). Targeting support provided by Il-38 from naval aviation and it seems a SSN was also around to finish off the enemy with torpedo attacks. For now strikes are being simulated electronically but supposedly live fire missile strikes are yet to come in the next 3 days.

Two Oscar II SSGNs (Project 949A) ventured out and sunk an enemy surface action group in the Barents Sea. Scouting was first done by a diesel-electric Kilo (877) from the Kola Flotilla together with a Tu-142 long range maritime patrol aircraft. These were simulated fires with live fire exercises still to come, but the setup was interesting.

Baltic Fleet – The Baltic Fleet had a good day, seems their Ka-27PL helicopters found and sunk an enemy submarine with depth charges – and then they supported the rest of the fleet in sinking another one. That’s two NATO submarines sunk in a day’s work.

Eastern MD – PLA Navy ships arrived in Vladivostok in preparation for upcoming naval exercises with the Pacific Fleet which will take place 18-26 September. Phase one will be coastal defense and phase two at sea north of Hokkaido with 11 ships involved altogether.