Zapad is here! Well it actually arrived some days ago, as there were an awful lot of command post exercises and live fire drills already in recent weeks. Officially though this is the first day of Russian military armageddon –  so here is a quick and unvarnished roundup of some of the events taking place.

On the 14th Russian armed forces were roused out of bed to fight an advanced conventional adversary with a pretty solid global force at their disposal. Phase one was supposed to be about handling diversionary groupings in Belarus, but suffice it to say things escalated pretty quickly. Day 1 activities include:

BLUF: As Russian forces prepared to deploy to the region they got hit with a sizable aerospace attack. Day one was about logistics, defending against a capable air power on different fronts, and engaging lead elements of the enemy force near Belarus.

A word on sourcing: the information comes from official MoD briefings, releases, photos. The analysis is my own, listing what happened and explaining what it means. It is not derived or borrowed from other analysis. Occasionally I also found good photos from blogs of journalists who were physically at the exercise.

The Airborne units involved so far include battalions from Pskov (76th), Tula (106th) and Ivanovo (98th). They were alerted Thursday morning, grabbed gear and fell out to meet airlift. So far maybe 2-3 battalions out of three airborne divisions are engaged. One battalion of 76th Pskov VDV, along with 10 BMD vehicles, had been airdropped into combat near Pskov. They prevented ‘diversionary groups’ from penetrating Russia’s borders in the region. This is supposed to be a vanguard action, taking out enemy recon units, and conducting reconnaissance-in-force. It’s unclear if the baddies are Latvian or Estonian, but supposedly the Russian airborne did a great job sabotaging the advance of their recon elements and reporting on larger formations behind enemy lines. Later on Russian airborne is supposed to deploy to Belarus and perhaps reinforce Kaliningrad as well. 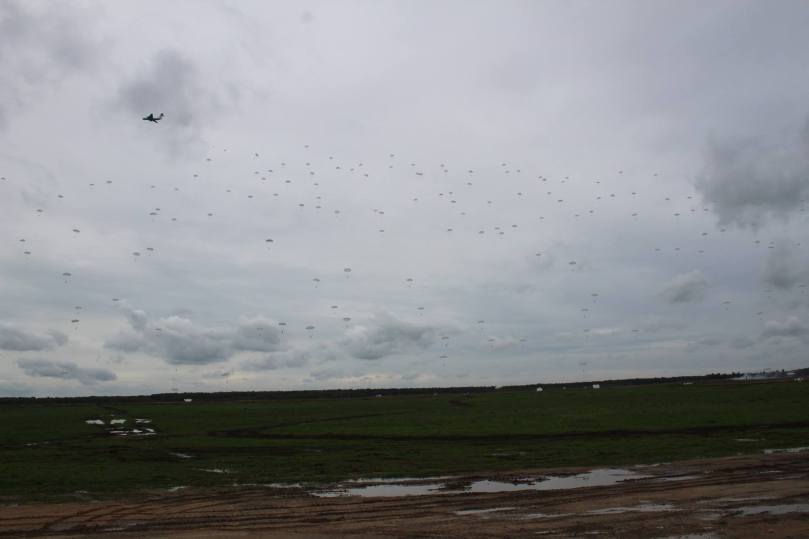 Tactical, combat, and long range aviation in the Western MD is preparing to rebase to forward airbases to participate in Zapad. This will include airfields in Belarus. About 20 flights so far on Il-76MD delivered engineers and support crews to forward air bases ahead of the actual aviation expected to arrive soon. Meanwhile much of the VKS is busy repelling air attacks and cruise missile strikes across Russia. Air defense units around St. Petersburg, most likely in the 6th CAA, were already conducting live fire drills to defend against an aerospace attack. Systems involved include S-400, S-300, and Pantsir-S1 short range air defense. Air defense units around Moscow were similarly engaged to repel air strikes and cruise missiles. This thing escalated rather quickly it seems. Russian radar crews practiced against enemy aircraft simulated by a range of Russian platforms, including: Su-34, Su-35, Tu-134, An-26, Mi-8 and Ka-52 helicopters.

One Tu-22M3 was already lost in a crash in Kaluga Oblast near Belarus. They were clearly shifting long range aviation from Irkutsk, an airbase named Belaya to ‘forward base’ Shaikovka by Belarus and something went wrong upon landing. Photo at the end.

A lot of stuff coming at VKS all day

Some of the Northern Fleet’s principal surface combatants, including the nuclear powered missile cruiser Peter the Great and a Sovremenny destroyer (Admiral Ushakov), put to sea to escape incoming strikes. Several missile boats and minesweepers deployed to Kola Bay to fight diversionary groups. Russian ships used aerosol sprays to hide key naval facilities, although more than likely this was practice to cover the preparation and departure of other ships from satellites. Supposedly 20 or so surface combatants will take place in this week’s maneuvers, including up to 10 submarines and 20 support vessels. One task force of ships departed for the New Siberian Islands. Overall the Northern Fleet’s drills will involve approximately 5,000 personnel.

The Baltic Fleet was in some serious danger, defending against an enemy who was conducting cruise missile strikes at a rate of seven hits per minute (this seems oddly slow actually). In defense of their comrades at sea the tiny naval aviation component launched Su-27s to shoot down incoming missiles and aircraft. Meanwhile S-300s and S-400s were providing long range air defense. The navy was also practicing air defense and simulating fires electronically. Russian Su-34s stood in for adversary aviation, and the exercise conditions were based around electronic jamming degrading the effectiveness of Russian air defense units.

Elements of 1st Tank Guards Army began their march towards firing ranges in Belarus. The 6th Independent Tank Brigade, expected to participate in this exercise, was raised on alert and moved to a rail hub for loading. No official word on other regiments but elements of 2nd and 4th divisions are definitely expected to participate in this event. Once they’re moved by rail to Belarus the brigade’s first job is to arrive at a designated staging area and group with other regional forces into a task force.

Eastern MD – taking off from Khabarovsk Su-35s destroyed an enemy field camp and supplies. Not sure where this camp and supplies were, but this thing escalated horizontally pretty fast. As part of the operation they practiced evading enemy air defenses at different altitudes. An Iskander unit moved out to conduct live fire exercises at the Kaputsin Yar firing range. The day before artillery units were already in live fire training with self-propelled artillery (2s1 and 2s3) along with Tornado-G MLRS. VKS units are practicing with S-300 at a firing range in Telemba, jointly with Su-30SM fighters from Khabarovsk.

Central MD – More than 500 soldiers from special designation units, including Spetsnaz were raised on alert in Samara and moved out to hold exercises near Novaya Binardka. This particular set of drills will be observed by officers from Uzbekistan’s general staff. The day before it seems Caspian Flotilla marines were practicing at firing ranges in Dagestan. Their task is chiefly interdiction of enemy marine forces landing from the Caspian.

Southern MD – there was a large command post exercise on the 12th and several live fire exercises by ships of the BSF on September 7th. Not much news coming out of Southern MD but it will undoubtedly get more active. Some info coming out of Ukraine about bridging equipment being moved about in DNR/LNR territory – hard to nail down details though.

Two project 636.3 Kilos fired Kalibr land attack cruise missiles into Syria. Combat firing at fixed targets in Syria seems to be the standard induction procedure for new Kilos arriving for service in the BSF. More surface combatants decamped from Sevastopol, heading to join the squadron in the Eastern Med.

This guy doesn’t look like he’s having fun yet. (76th airdrop near Pskov) 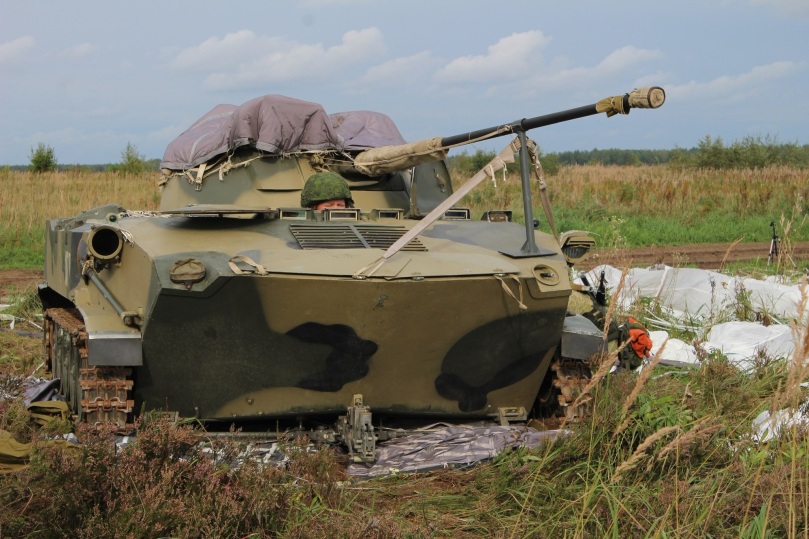 These guys had too much fun already. (Tu-22M3 bomber in lawndart configuration)

Comments and corrections are welcome. This is meant to be a rough summary of some of the activities taking place.

2 thoughts on “Zapad watch – summary of day one”